Something is Rotten in Denmark 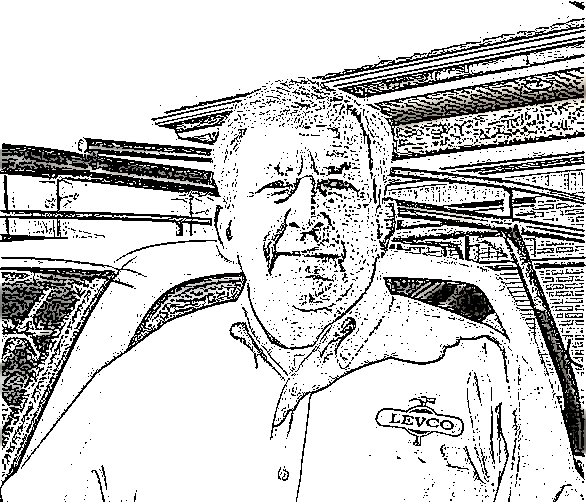 I am at odds with the remodeling industry’ lobbyists. The remodelers association NARI and the NAHB are supporting H.R.2093. After reading the document here is what I get out of it.

If you’ll recall in the late 60’s the lead producers and manufacturers who used lead in their products had a  powerful lobby that was promoting lead as a good and safe without environmental or  health consequences. They tried to discredit prominent scientists and health advocates for years until the facts finally came out that lead is in fact, very dangerous and that there is no amount that is safe to be in the blood stream of living things.

The EPA was tasked with doing something about reducing lead contamination and to protect home owners and the environment, but was held up for years trying to make a policy or program that would work. OSHA enacted rules long ago to protect workers, and have a zero tolerance. Many remodelers still believe that OSHA polices only apply to commercial builders and fatalities. The EPA finally came out with the RRP rule in April of 2010. There was a massive fear based push to educate and certify remodelers across the country. RRP had a chance to succeed but through a series of setbacks, including poor timing, little public education, and no enforcement to speak of, and a funding plan that depends upon remodelers coughing up certification fees. As far as I can see, it is failing miserably.

The EPA has also not followed through with providing a simple, cheap accurate lead testing device. Instead settling for destructive testing with a colorimetric swab that indicates even if only trace lead is present. Or a miniature laboratory kit that is confusing and easily tricked. XRF testing is available and many remodelers are opting to use this third party verification. I am convinced that XRF testing is less expensive than using LSWP on every pre-’78 structure.

Enforcement is spotty at best against large companies primarily for improper paperwork and notification. There has been some actions taken against non-certified firms. State run programs have been more spirited. Here in Idaho the state sees RRP as another unfunded government mandate and they won’t even enforce it at the local building permit or inspection level. We have inspections for all sorts of things why not dust free demolition? My disappointment goes on and on.

The remodeling associations claim that being a certified firm and adhering to the RRP rule is too financially burdensome. OK I suppose in compared to not doing anything to protect the health of your clients I guess it is. I have no real way of knowing, but have a hunch that very few are actually following RRP despite a revision in the NARI Code of Ethics that insists that we do. To no one’s surprise except the EPA, remodelers are not reporting violations of the rule on each other as anticipated. Typically a year passes from hot-line tip to enforcement.

According to some, we remodelers, are not completely convinced as a group that the EPA has proven beyond a shadow of doubt that using RRP rules for dust protection are any better in reducing dust generated during demolition than the old way of demolition. The problem is that there is no standardized method of doing dust protection to compare, because everyone does it differently and no two projects are alike. Sadly it has been medically proven that lead in a child’s blood stream can decrease the child’s potential IQ for life. In another sad note statistics are only kept upon poor children. None of whom are likely to have remodeling projects done in their homes. We have no idea if affluent children are being leaded during remodeling because it isn’t prudent or ethical to get two groups of kids to participate in a real life test.

Now the EPA is playing patty cake with the commercial renovators, listening to arguments from industry leaders who are eternally skeptical that demolition dust in commercial renovation could potentially come in contact with children or pregnant women.

I will admit that “Always” and “Never” are not words that should be used in this dynamic profession but Opt-Out implies that the choice and therefore the responsibility belongs to the client.  Nothing could be further from the truth.

This all reminds me of good hand hygiene and sterile technique in hospitals. Paramedics used to do mouth-to-mouth resuscitation and never wore gloves,   they don’t do those things now. EMS workers learned that it can be harmful to their health and that of their patients when bodily fluids are involved.

Can’t you hear your physician saying this to you? “Well Bill, I see your here for your hernia surgery… Now there have been several studies that show that bacteria introduced during surgery and subsequent hospitalization may cause infections, but I know you are not convinced.” “A serious infection is unlikely, but if you got one, it could make you pretty darn sick for the rest of your life. Would you like to Opt-Out of sterile technique?” “I’m sure we could knock off a few bucks and in signing I will be released from any liability if you do happen to get an infection” “Thanks Doc, that bacteria stuff doesn’t really scare me …Yes, I want to Opt-Out.” ” This surgery caught me completely off guard financially, thanks for giving me a break!”

As we learn what the right thing is to do, we adjust our technique and do things differently to achieve a better outcome. It is not a choice.

NARI & NAHB, I am encouraged that we have a voice in the conversation with the EPA. Let’s use it to do something more productive and likely to succeed than supporting “allowing Opt-Out.” or gutting the RRP rule so we can revert to work as usual back in the good old days. How about working on making the RRP rule be results based and focused on best practices rather than how many feet the plastic must extend from the wall. Let’s pressure the EPA to come up with some way to recognize those that follow the rules? How about demanding that OSHA and the EPA blend their rules. Remodelers are responsible to follow both of your regulations. The confusion generated by the contradictions are blatant and absurd. How about creating an incentive for local enforcement if the rules to level the playing field for those EPA regulated states that are left.

We are trying to elevate our professionalism for crying out loud. A better opportunity is not likely to present itself in our lifetimes. Supporting the provisions in H.R. 2093 is like pretending that lead based paint dust (that we now know is created during demolition and the renovation process) is harmless to humans. We know better now, let’s show the way and differentiate ourselves from the nay-Sayers, skeptics, and anarchists. Let’s take the high road. I dare you to provide your clients with proper lead safe work practices as a part of your professional services that they can’t get from the other guys.